The Middle East has long been one of the most volatile regions in the world, but with events of the recent past, it has gone from a slow burn to a dangerous conflagration. The civil war in Syia, the Arab Spring, and the looming threat of Iranian nuclear weapons pose a unique threat to world peace. The three most stable powers in the region–Turkey, Egypt, and Saudi Arabia–have long been bulwarks against regional instability and outright war. However, even these nations are feeling the threat of changing times, fueled as much by internal pressures as by U.S. disengagement and increased meddling by Russia and China. These nations represent a “Sunni Vanguard”, the last bastion of defense against terrorism, expansionism, and Islamic radicalism that, when combined, form the core of the greatest threat to the Middle East in generations. This volume explores the existential threats facing these allies–and evaluates whether they will be able to continue their historic roles as stabilizing forces in the region. 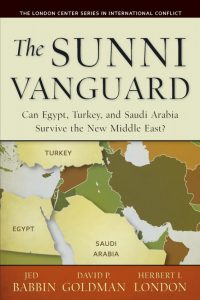