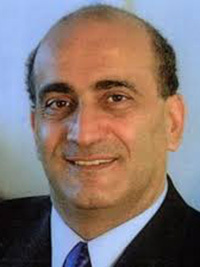 He is Fox News Terrorism and Middle East Expert since 2007 and has been MSNBC-NBC Terrorism Analyst from 2003 to the end of 2006.

He taught Global Strategies at the National Defense University in Washington DC since 2006, lectured at the National Intelligence University since 2008 and he has been a Professor of Middle East Studies, Ethnic and Religious Conflict at the Department of Political Science at Florida Atlantic University (FAU) from 1993 to 2006. Professor Phares has also been a senior lecturer on the War on Terror and Global Conflicts at the LLS Program of FAU and the IRP Program at the University of Miami. Previously he taught at Florida International University in 1991 and 1992 and at Saint Joseph University in Beirut in the 1980s.