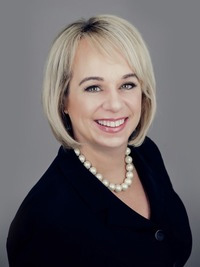 Robyn Gritz was an FBI Supervisory Special Agent for more than 16 years, specializing in Counterterrorism, Overseas Abductions, and Weapons of Mass Destruction. Since leaving federal service, she has become actively involved in exposing corruption in our federal government. A veteran of hundreds of complex, high-profile FBI and interagency operations/investigations, she is currently working on her first book.  Ms. Gritz is actively involved in uncovering and reporting the ongoing discrimination and retaliation against Equal Employment Opportunity complainants and whistleblowers within the US Intelligence Community. She speaks with hundreds of whistleblowers from numerous federal, state, and local agencies. She advises numerous lawmakers on Capitol Hill, works with the Report for the President, and she is a Senior Fellow at the London Center for Policy Research.  Her story has been told through appearances and articles shared through numerous mainstream and independent media outlets.  Her goal is to ensure all whistleblowers know they are not alone, to establish a funding mechanism into current whistleblower laws, and to end the regular practice of retaliation for standing up for the truth. She believes these critical objectives will then serve to reduce or even end the crisis of whistleblower suicides.

An accomplished law enforcement officer/agent for 20 years, Ms. Gritz has spoken at universities, community organizations, whistleblower conferences, and to professional organizations. She has advised on articles and appeared on media regarding government misconduct and extraterritorial counterterrorism for The Hill, Laura Ingraham, Catherine Herridge, Fox News, the Citizen Pundit, Ture Pundit, Crowdsource The Truth, Circa, New Right Network, One America News Network, YourVoice America and numerous others. Her personal story from her experience in discrimination and retaliation at the hands of FBI leadership has been featured on Fox News, Sean Hannity, Newt Gingrich, Mark Levin, and numerous other shows.