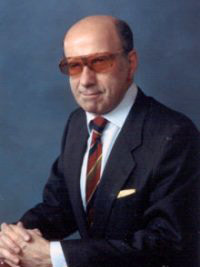 John Wohlstetter is a senior fellow at the Discovery Institute (beg. 2001) and also at the London Center (beg. 2013). His primary broad areas of expertise are national security and foreign policy, especially nuclear proliferation issues.

He is founder and editor of the issues blog Letter From The Capitol, author of Sleepwalking With The Bomb (1ST ed., 2012; 2nd ed. 2014) and The Long War Ahead and the Short War Upon Us (2008). He has authored numerous articles in publications, including The American Spectator, National Review Online, Human Events, The Daily Caller, PJ Media and The Washington Times. He has given over 800 radio interviews, 2008-2014. He began a Letter From The Capitol weekly podcast, July 2013.

He worked on the foreign trading desk at Goldman Sachs (1969-73) and Drexel Burnham Lambert (1973-74). He was an attorney for Contel Corporation (1978-91), concentrating in general corporate and communications law, then as director – technology affairs, a post he also held at GTE Corporation (1991-2000) and Verizon (2000). During his tenure at Contel he served as senior adviser to The Committee on Review of Switching, Synchronization and Network Control in National Security Telecommunications; the committee, established by the National Research Council, issued a report, Growing Vulnerability of the Public Switched Networks: Implications for National Security Emergency Preparedness (1989). He has authored numerous telecommunications articles.