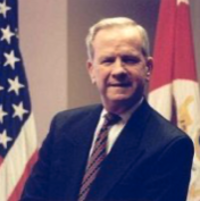 Robert McFarlane has had a distinguished record of public service including ten years in the White House and State Department serving variously as Counselor to the Department of State, National Security Advisor to President Reagan and Military Advisor to Henry Kissinger and Brent Scowcroft,

In the Reagan years, he was the architect of U.S. policies which so stressed the Soviet economy as to bring it down, and in the process accelerated the collapse of Marxism in the former Soviet Union and the first reduction of nuclear weapons in history.  He is a graduate of the US Naval Academy, served for 20 years as a Marine officer, was selected as an Olmsted Scholar, holds a Master of Science (Strategic Studies) from the Graduate Institute of International Studies in Geneva, Switzerland, and was selected as a White House Fellow.