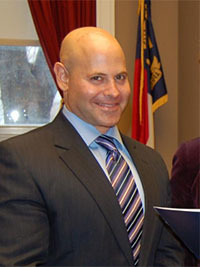 Lee Cohen spent years as Foreign Policy Advisor on Anglo-American Affairs and Western Europe to the US House of Representatives Foreign Affairs Committee. He is a frequent editorial contributer to national, local, and specialty publications. Fully fluent in the French language, Cohen also is often called upon as a resource for the French-language press.

Mr. Cohen is a Senior Fellow of the London Center for Policy Research, specializing in the Anglo-American Special Relationship and US-European Affairs.

In addition to his foreign policy experience, Cohen also spent years as a Communications Director in the Executive and Legislative Branches of government, Cohen has a unique understanding of the media environment, policy issues, and regulatory conditions affecting the financial markets and the nation’s commercial entities.

Cohen also served as spokesman and speechwriter for Members of Congress and the House of Representatives Foreign Affairs Committee.

He has launched and managed four thriving Congressional Member Organizations: the House of Representatives United Kingdom Caucus, the Sovereignty Caucus, the Legal Reform Caucus, and most recently, the Congressional Hellenic-Israel Alliance.