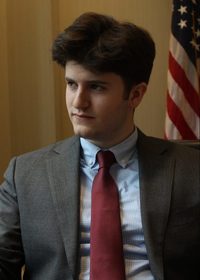 Gavin Wax is president of The New York Young Republican Club, former New York State director for the Ted Cruz presidential campaign, former deputy political director for Nicole Malliotakis' New York City Mayoral campaign. He is a founding partner of the consulting firm The Yorkville Group. His work has appeared in Townhall, The Daily Caller, The Hill, The Washington Examiner, The Federalist, and Newsmax. He is also the publisher of the online magazine, The Schpiel.

Rioters May Win Big in November Under Bail 'Reform' Movement

Rioters May Win Big in November Under Bail 'Reform' Movement

A New Day in a Fearful America

A New Day in a Fearful America