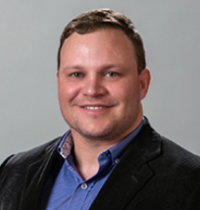 William Heinzelmann (goes by Bill) is a Christian, Husband, Father, Patriot, Veteran, entrepreneur, and he gives back through a nonprofit that he cofounded.

Bill grew up and attended college in Pennsylvania. While attending Susquehanna University, Bill completed a Bachelor of Science degree in Business Global Management and played football and lacrosse. After 9/11, Bill heard his nation’s call and traded his cleats for a pair of combat boots and joined the United States Marine Corps to serve as an Infantry Officer for nearly 10 years. Bill deployed to Iraq twice between 2006-08 with Third Battalion Second Marines in support of OIF. His performance in combat earned him an opportunity to serve with Force Reconnaissance Company, II MEF. He deployed to Afghanistan in the spring of 2009 in support OEF. Bill also did three deployments to South America while serving as a Force Recon Platoon Commander and Company Executive Officer.

While serving as an Inspector and Instructor with First Battalion Twenty Fourth Marines, Bill got married to Jackie and they had their first daughter, Lucie. Bill decided to leave the Marine Corps to focus on building a family. He has worked in the biotech industry since then. Bill co-founded Stand Up For Me Inc, a nonprofit helping people with disabilities get the technology they need to live a more independent and productive life, and currently serves as the President of the board. In March of 2019, Bill founded Stalwart COM, a technology solutions company. Bill currently resides in Cincinnati with his beautiful wife Jackie, and their two daughters, Lucie and Ruby.