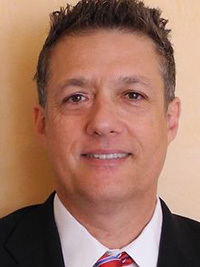 Mark is a New York-based attorney who in 1990 created a three-dimensional topographical model of Israel to explain the implications of strategic height, and depth of the mountains of Judea, Samaria, and the Golan Heights for Israel’s security.

In the early 1990’s, he created the educational Three-Dimensional Topographic Map System of Israel. In AIPAC’s March 1992 Near East Report, Mark published his first article “Demilitarization Details” outlining the dangers of the Katyusha terrorist rocket threat from a “Demilitarized” West Bank Palestinian State. Since then, Mark has published numerous articles in newspapers and security journals including the Jerusalem Post, JINSA Security Affairs, PRAVDA, and Arutz Sheva. (For more information visit www.marklangfan.com.

Mark has traveled all over the country and abroad, including Israel and France, giving scores of free lectures to many different Jewish and non-Jewish organizations, including the Israeli Knesset and has twice briefed the NY Times’ Editorial Board, the US Joint Chiefs of Staff Israel Desk, the US State Department and hundreds of congressional staff.

Amongst the many awards he has received in recognition of his indefatigable and continuing contribution to Israel Security Education, Mark received the Jabotinsky Medal in 1992, Ateret Cohanim’s Defender of Jerusalem Prize in 1993, the Justice Louis B. Brandeis Award by the Zionist Organization of America in 2011, the Bet El Yeshiva Center’s 2012 Shomer Yisrael Award.

In 2013, Mark was elected Chairman of Americans For a Safe Israel (AFSI)

Today, Mark continues his campaign informing the world and all government agencies on the strategic importance of Israel and the dangers from Palestinian State.

Since 1987, Mark has been a Managing Partner of the Langfan Company, a successful family real estate investment firm.