The Chinese Communist Party (CCP) would love to see itself delinked from the coronavirus pandemic that originated on its shores, that it sought to cover up, that it helped spread around the world and that it has cynically sought to exploit at every turn.

So Beijing must have been cheering when it got word of a gift, in this regard, from President Joe Biden.

Within the first week of his presidency, Biden issued a memorandum effectively banning the use of phrases such as "Chinese coronavirus," "China virus" or "Wuhan flu" in the executive branch.

In so doing, he became complicit in a CCP information operation that may portend far worse with respect to his policy toward America's greatest adversary, Communist China.

President Biden declares in his memorandum: "The Federal Government must recognize that it has played a role in furthering...xenophobic sentiments [aimed at Asian American and Pacific Islander (AAPI) peoples and organizations] through the actions of political leaders, including references to the COVID-19 pandemic by the geographic location of its origin" (emphasis mine).

Consistent with the Democratic Party's effort to link words it does not like to violence—that is, demonstrating once against its dangerously liberal view as to the standard for incitement, when it comes to political foes—the administration continues: "Such statements have stoked unfounded fears and perpetuated stigma about Asian Americans and Pacific Islanders and have contributed to increasing rates of bullying, harassment and hate crimes against AAPI persons."

Consequently, President Biden instructs the secretary of health and human services to issue guidance "advancing...sensitivity towards Asian Americans and Pacific Islanders in the context of the Federal Government's COVID-19 response," including "consider[ing] the best practices set forth by public health organizations and experts for mitigating racially discriminatory language in describing the COVID-19 pandemic."

More broadly, the president directs all executive departments and agencies to "ensure that official actions, documents and statements, including those that pertain to the COVID-19 pandemic, do not exhibit or contribute to racism, xenophobia and intolerance against Asian Americans and Pacific Islanders."

Not defining a virus in terms of its place of origin because some people may be offended by it apparently constitutes one of the administration's highest priorities, given this week one initiative.

Notwithstanding that viruses are historically labeled by their place of origin, China is not a race and the administration fails to substantiate the claim that officials' calling of the virus by its proper name provoked hateful and/or violent actions, what makes the executive action particularly troubling is that it serves Communist China's wishes.

Since the onset of the pandemic, in addition to trying to create doubt about the coronavirus's origin, the CCP and its proxies have sought to deflect attention from their joint culpability by casting those—including our political leaders—who link China to the pandemic as racists. The American media, and much of our political class, dutifully picked up the virtue-signaling mantle in parroting the same claim.

Now, with this executive action, the Biden administration is essentially cribbing from the pages of the People's Daily. The CCP's information operation aimed at chilling critics by playing the race card has come to fruition, with the president of the United States mouthing its favored words. The operation has flowered just as the CCP-controlled World Health Organization is investigating the coronavirus's origins, and it follows the Trump administration's bombshell revelations bolstering the theory that the virus escaped from a Chinese military-tied lab in Wuhan—revelations that ought to inform America's approach to China.

One has to wonder: Is executive action such as this what the Biden administration meant when it talked about cooperating with the People's Republic of China on public health—as the CCP anticipates will occur?

If so, Americans ought to be worried.

Recall that in response to purported coronavirus-related racism and xenophobia, in February 2020 political and public health officials touted mass gatherings, including most notably both during and after Lunar New Year celebrations in Chinatowns across the country. They promoted such events in densely populated, heavily tourist-trafficked areas, precisely as the pandemic was spreading. Weeks later, they would be labeling precisely such events as deadly super-spreaders.

The implications of President Biden's executive action may be dangerous in a different respect. Setting aside the fact that refusing to call something by its proper name communicates weakness that China will no doubt capitalize on, we have to ask whether the Biden administration intends to hold the CCP to account for its role in the coronavirus pandemic at all. If it refuses to call the virus by its rightful name, how can the administration be expected to bring to justice those most responsible for the destruction wrought? If China pays no price, it will only invite ever-more malevolent and deadly behavior.

There are other knock-on policy effects that may result from the Biden administration's playing of the race card with respect to China, as well.

An initiative called Stop AAPI Hate, which is backed by several progressive organizations, launched an online reporting database in March 2020 that allows people to file incidents of bigotry and harassment. The several thousands of incidents reported in its database thus far are disturbing, though mercifully the overwhelming majority of them consist of "verbal harassment" and not physical violence. The Biden administration may well have been alluding to Stop AAPI Hate's data on anti-Asian hate in its memorandum. American media cite Stop AAPI Hate's figures in virtually every article asserting that anti-Asian hate is on the rise in the wake of the coronavirus pandemic. Tellingly, CCP mouthpieces such as China Daily glom on to Stop AAPI Hate's research, too. That is, Stop AAPI Hate is treated as an authority both at home and abroad.

In November 2020, Stop AAPI Hate chided the U.S. government for "anti-Asian American rhetoric pushed forward by elected officials, as well as by dozens of policies from the [Trump] administration." It called on the incoming Biden administration to "address[] the racist hate that is in danger of permeating our society," including "demand[ing] that all political leaders stop using dangerous, racist language that has only resulted in the suffering of Asian Americans."

Given the Biden administration's executive action, do the promoters of this initiative have the president's ear? In the wake of said action, the leader of the Asian Pacific Policy and Planning Council, one of the three groups behind the Stop AAPI Hate reporting center, praised the effort. Manjusha Kulkarni, a recipient of the Obama-Biden White House's Champions of Change award in 2014, told NBC News that she believes this action is "just the beginning. There's a lot more work that needs to be done."

What kind of work?

The aforementioned November 2020 letter called on the Biden administration to reverse some of the Trump administration's policies with respect to China, more broadly. Following the president's executive action, Stop AAPI Hate formalized its calls for undoing such policies in a memorandum picked up by outlets such as Axios. In addition to calling on the Biden administration to reverse policies restricting Chinese students and researchers from attending American academic institutions, as well as those targeting the use of WeChat, the memorandum calls for the Department of Justice (DOJ) to terminate its China Initiative.

Each of these matters impacts U.S. national security, as China is engaged in a whole-of-society effort to achieve global hegemony that includes exploiting the openness of American institutions and collecting and pilfering information to achieve its ends. But perhaps none is more significant than the last one. Under the China Initiative, the DOJ has prosecuted myriad cases pertaining to China's comprehensive efforts to undermine American national security, particularly through its penetration and leveraging of sensitive businesses, academic and research institutions, and other influential sectors.

Several weeks prior to the administration's issuance of the executive action, a broader coalition of prominent progressive groups similarly sent a letter to then-President-elect Biden calling on the then-incoming administration to end the China Initiative, which they argued is discriminatory.

Such pressure may already be having an impact on policy. Amid such criticism, the DOJ is reportedly considering granting amnesty to U.S. academics who disclose prior foreign funding. The DOJ has prosecuted several academics, including most notably the former chair of Harvard's chemistry and chemical biology department, Charles Lieber, for failing to disclose Chinese underwriting of his work under its "Thousand Talents" recruitment effort.

Considered in context, President Biden's executive order may prove to be about far more than a mere change in government vernacular. It may well foretell a major shift in China policy, with direct consequences for American national security. 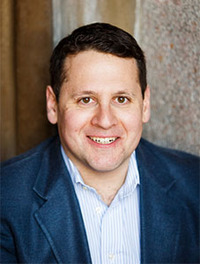 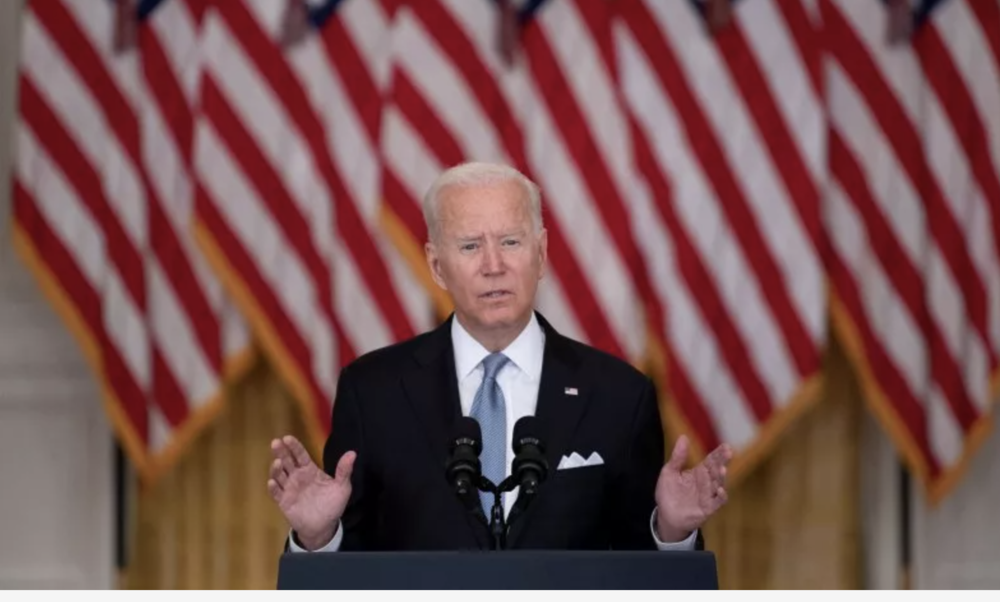 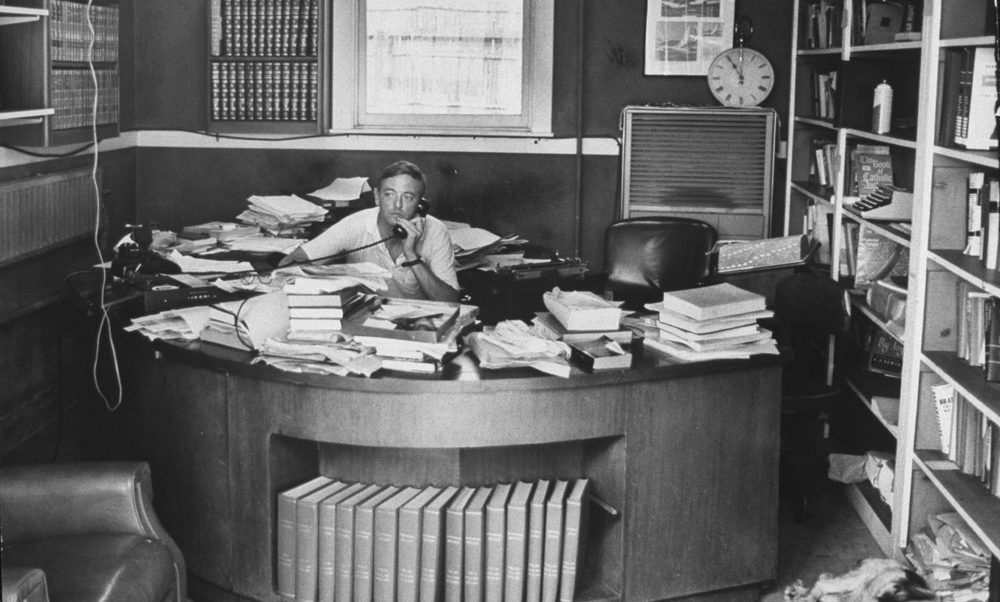 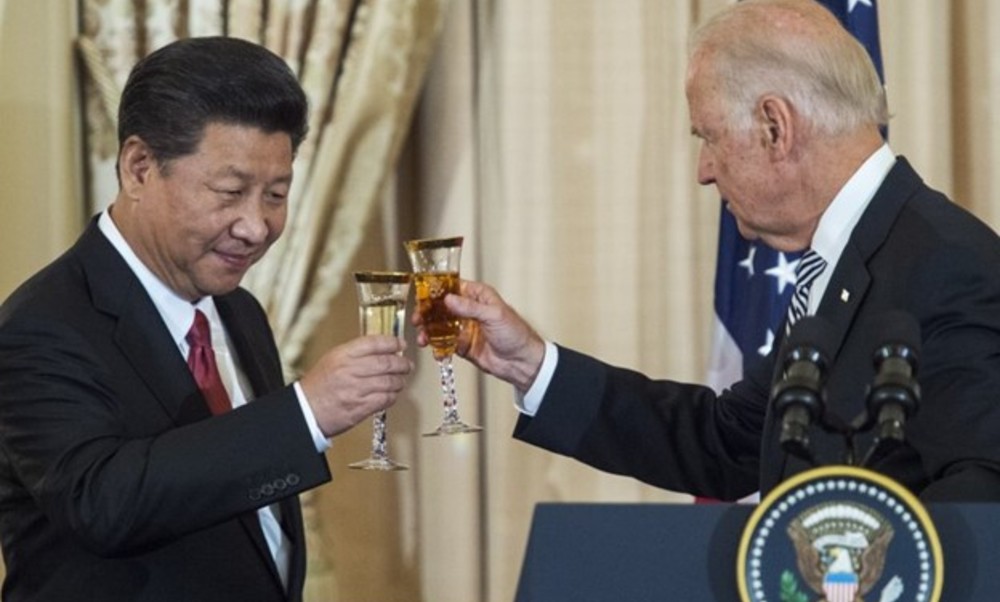 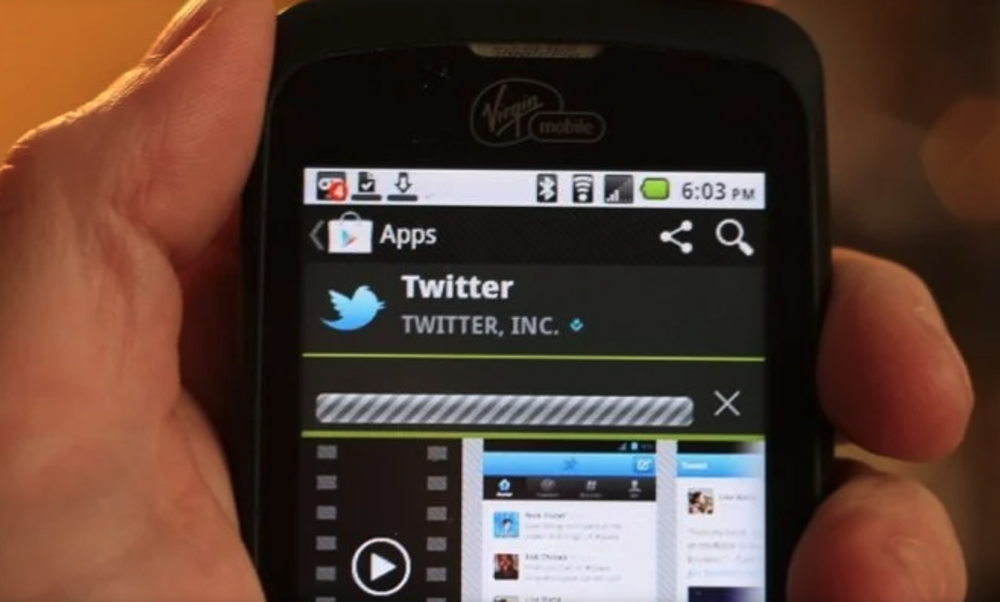 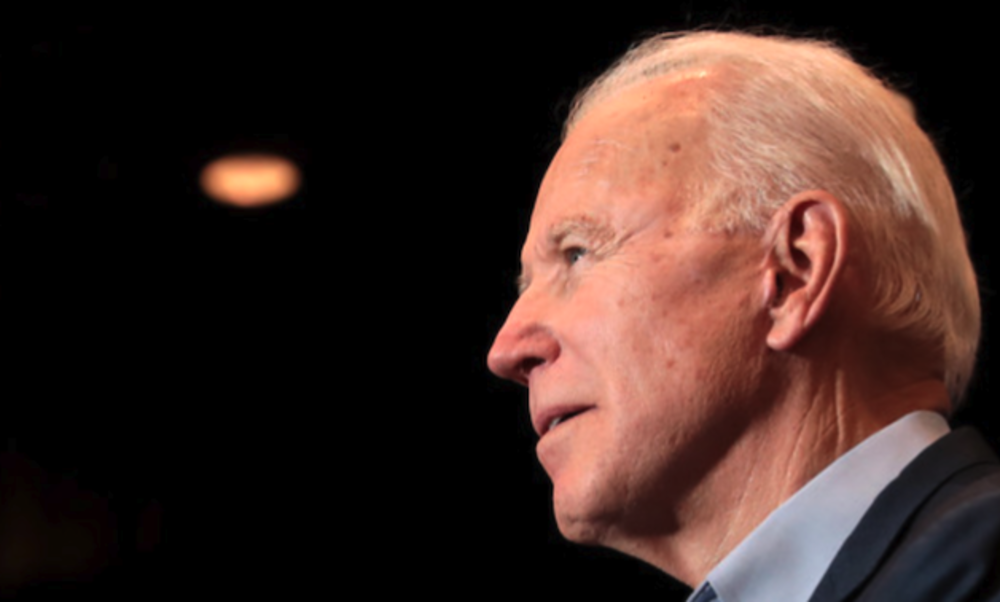 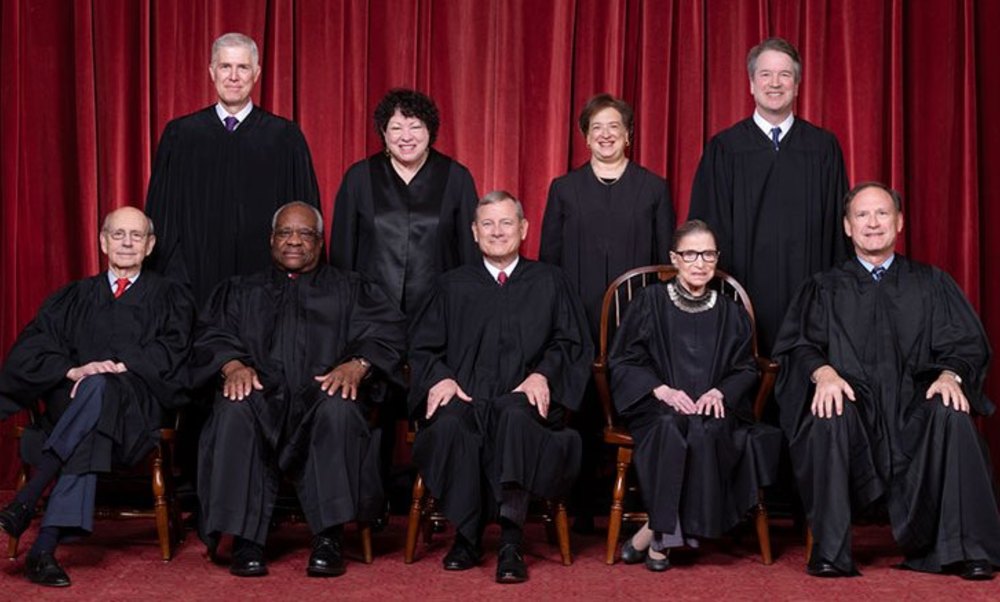 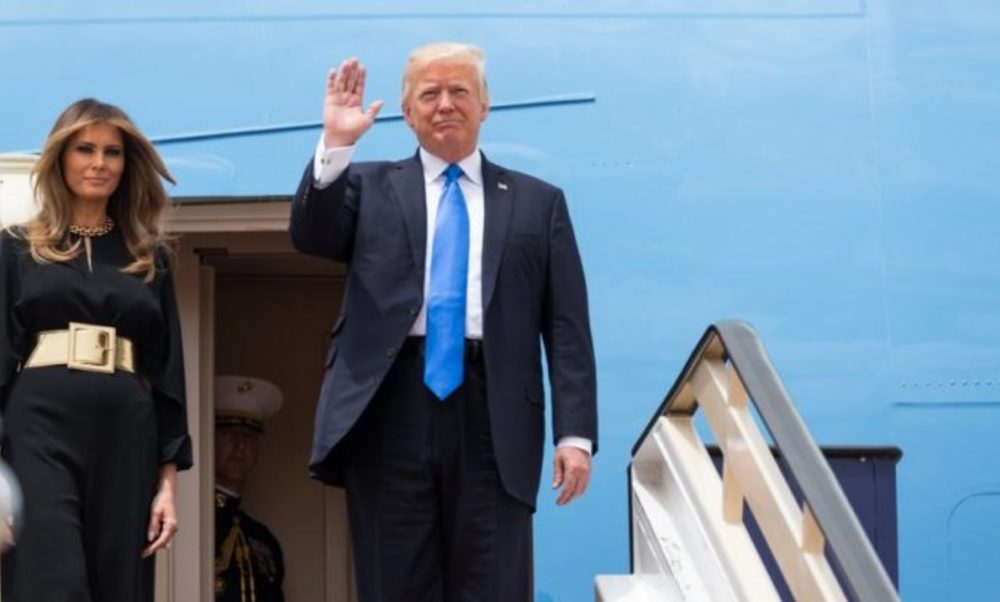